At the bottom of the Kara Sea, in the Stepovogo Bay of Novaya Zemlya, lies a rusted submarine. In 1963, the K-27 was deployed. Its reactor was a new type: lead and bismuth cooled. It was a one of a kind prototype. Unfortunately, the reactors released radioactivity that killed 9 onboard. The K-27 was deliberately sunk in 1981 after years trying to dismantle the fragile reactors. The K-27 can release radioactivity into the Kara Sea and damage the fragile environment. If the uranium in the reactors comes into contact with sea water, the theory of a chain reaction of explosions would become truth. The hull of the K-27 is rusted and can easily break if lifted from the sea bed. The Russian government needs to find a way to lift the submarine and to finance such an operation. We have evaluated a solution to this problem.

The K-27 was built between the years 1958-1962. It is native to Gremikha, Russia. The submarine started to be used in training. It was supposed to be used as an attack submarine and was assigned to serve in Gremikha. One day, they went on a mission to collect information about NATO and other enemy bases. The K-27 was experimenting two new reactors: liquid metal-cooled reactors. This design was never tried before in the Soviet Navy. These reactors were supposed to let the sub stay underwater much longer without having to refuel. The reactors started to leak nuclear gas. The presence of radioactivity in the sub was noticed a bit late: the radioactive detector was turned off and when it was turned back on, the crew became alarmed. Also, since the gas had neither colour nor odour, the radioactivity was only noticed when crew members came out of the fourth compartment and could not walk. The crew decided to head back to base. Nine members of the crew died of radiation sickness died soon after, and a lot more lived sick for years until they died prematurely. Of the original 144 crew, 56 are still alive, most of them handicapped. They sunk the K-27 in the Kara Sea in 1981, and it is still there to date. The sub was sunken 30 meters deep which is far too shallow compared to the international guidelines. 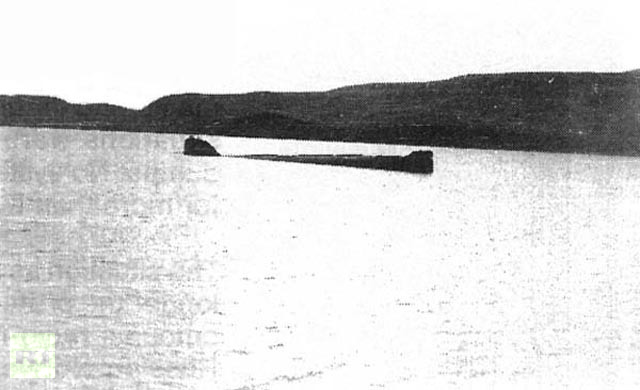