The Nuclear radiation near the K-27 has gotten to a point where it is very bad for an animal to swim in the dumping section. In 1992 sources leaked that Russia had been dumping all their nuclear waste in to the Kara Sea, they did not spread it around though they dumped it in a shallow fjord called Novaya Zemlya. Reasearchers recently wen to the dump site of the K-27 and analysed that there hasn't been a leak since 1994. Fortunately, most of the open Kara Sea is not has contaminated. Nevertheless, the K-27’s reactors can leak if the hull outside the reactor breaks. It can even explode if the uranium in the reactor touches the sea water. This can create a chain reaction where a lot of the reactors of other submarines, icebreakers and ships that can also leak or explode. Also the heat emitted from such a chain reaction can cause a drastic change in the Arctic Environment. This will cause even more radioactive leackage and an even greater danger for human, animal and plant life..

Threats to the Environment

Currently, in the Kara Sea there is a lot of debris from sunken ships and submarines. These are anthropogenic contaminants. Some of these contaminants are oil and gas. Radioactive materials are also present in the region. The K-27 is one of these. The reactors of the sub contain uranium that can leak into the sea. This is a risk for marine life. Marine life on the coastal area of the Kara Sea includes bearded seals, walruses, and narwhals. There is also a large population of fish including Arctic Cod, flatfish and smelt. The presence of K-27 and other radioactive objects have already resulted in the death of starfish, shellfish, seals, porpoises, and fish. The surroundings of the K-27 are virtually impossible to contain animal life. If the K-27 isn’t lifted, more and more radioactivity will leak into the Sea. This damages the environment even more. Also, many rivers lead into the Kara Sea. The contaminated waters could move inland causing more animals to die, rivers and lakes to be contaminated and maybe even drinking water to be more polluted. Global warming is already a big problem in that region. The heat that would be released from a nuclear chain reaction could cause big changes for the Arctic environment.

It is said that the nuclear waste in the Kara Sea should not, in their present conditions, impede on oil exploration in the region as long as the companies stay clear of the shallow fjords of Novaya Zemlya. The companies Statoil of Norway and Eni Spa of Italy have set up joint ventures with Exxon and Rosneft, the Russian oil company in order to explore the Barents’s Sea, a body of water larger and next to the Kara Sea. The Soviet Union had also dumped nuclear waste in that region. The oil companies are expecting 15 billion to 26 billion barrels of oil and gas resources respectively. The companies said that the present condition of the Sea should not prevent the oil exploration, but they would still evaluate the recent discoveries made by the Norwegian-Russian team. The Barents Sea still contains some radioactivity, and the oil companies should make sure the area is swiped clear before any exploration commences. If the K-27 creates a chain-reaction, then radiation could spread in the Barents Sea. This would create create a lot of problems in the oil mining industry. 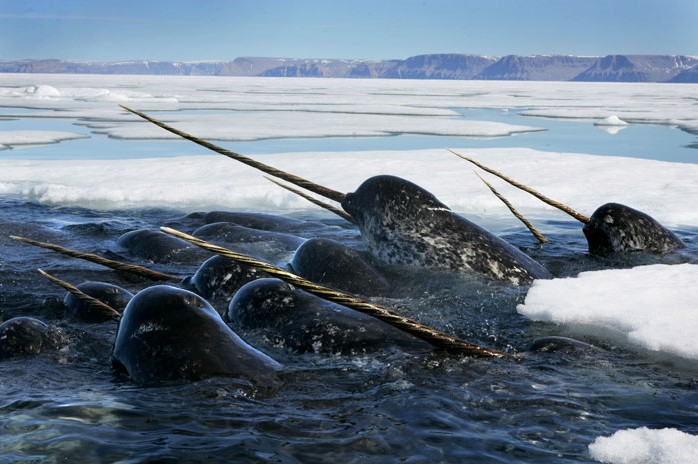 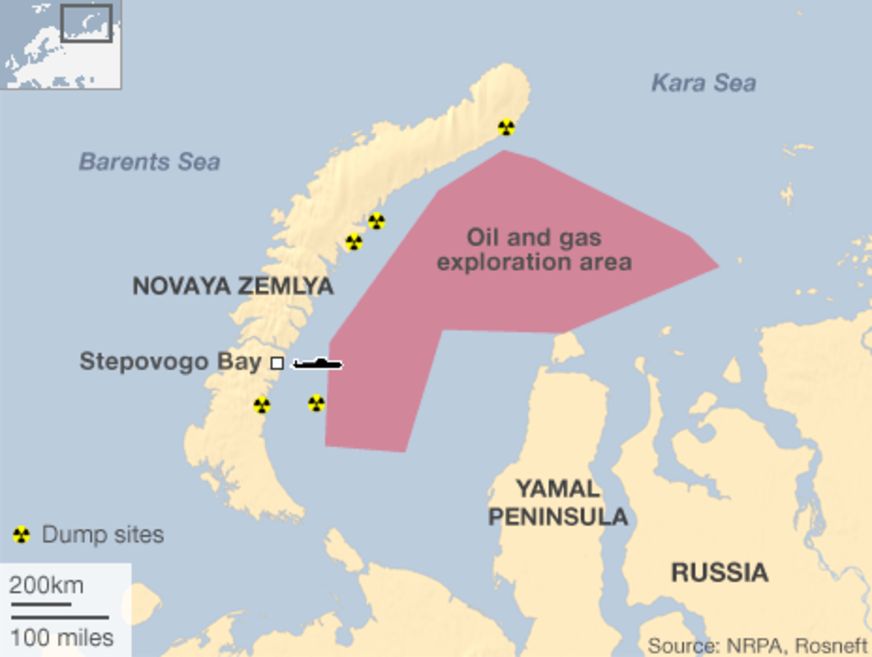